A safe but exciting adventure into the beautiful unspoilt Akamas Peninsula where time is spent exploring this wild side of the island. Famous for its migrating birds, wildlife, rock formations and exquisite wild flowers. Go back in time and learn about life of days gone by and traditions.

A must for botanists and ornithologists. The first stop will be at the Avakas Gorge. Follow the small river into the gorge surrounded by a sheer backdrop of lime stone walls approximately 30m high. It is also a well known haven for nesting birds. Sensible footwear is a must. We proceed then to Lara Bay, which is a home of the protected loggerhead and green back turtles.

During summer months this isolated, deserted beach is used as a nest. Golden sands and crystal clear waters make this bay a favourite spot for beach waters. Our next stop is a traditional village house where you could see the weaving loom. It was used many years ago to make rugs, mats and covers. It looks quite complicated, but the main parts are two pedals, a brake and the thread hole to take the thread back and forth. It is very rare to see one of these looms nowadays but there are still a few elderly Cypriot ladies using them.

Driving through the national park of Akamas we pass through Androlikou, the village that was one of the many villages deprived of their entire population by the invasion in 1974. There is only one family, 1000 goats, a flock of sheep and a few pigs left in this little village. Our next stop is Baths of Aphrodite – the bathing place of the Goddess of Love and Beauty. It is a semi cave surrounded by plants. Water drips from a waterhole into a small pool and it is believed that whoever uses this water will remain beautiful forever. 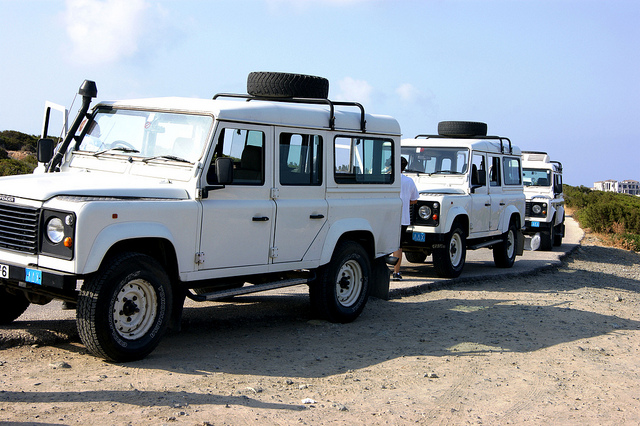 With a bit of luck you may come across a mufflon, the wild sheep of the Mediterranean which is very rare. It is adopted by Cyprus Airways as their emblem. Kykkos Monastery is undoubtedly the largest and the richest monastery in Cyprus. It is situated in the forest, in the centre of a cross formed by two hills and two valleys. Built in the 11th Century, it has been destroyed four times by fires. Troodos abounds with picturesque waterfalls cascading down the slopes. It is the perfect place to freshen up in the cool mountain stream.